The ambition for (even) more satisfied customers

When are you really satisfied with a supplier? That’s a pretty challenging question. The emphasis is often on comparing the service provision afterwards, with the promises made in advance, in the contract that was concluded at the time. The KPIs in the well-known SLAs are measuring points to measure your satisfaction. The actual costs are also compared with the projected (promised) costs.

Continuous improvement
The ambition for
(even) more satisfied customers 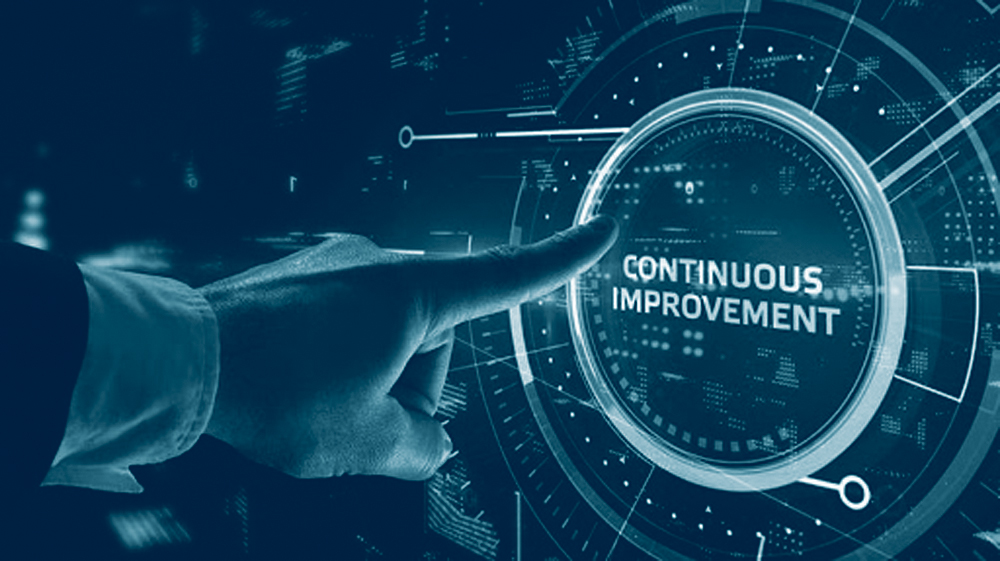 But what happens if the service afterwards is disappointing or if things should have been handled differently? Actually it is already too late. Because, as far as we’re concerned, ‘Continuous improvement’ starts much earlier, namely beforehand!

What is Continuous Improvement?

It is a method that is aimed at improving the productivity, quality and lead time of a process with small improvements. Often with lower costs as a result. The approach is therefore proactive, rather than passive. Think, for example, of improvements in the architecture, configuration or the process. But also the timely implementation of updates, preventive maintenance, monitoring and the approach of incidents by support departments.

Be honest from the very beginning

“Continuous Improvement can only happen if one understands what the starting point is”, we wrote in our previous blog. From the very first meeting, the chance of satisfaction is many times greater if one is able to go that one step further and communicate openly and honestly. You may think it is an open door, but we would like to explain this by means of an example:

A CEO who wanted to standardize everything in an SLA

This situation involved an internationally operating organization with several branches. Early on, the CEO decided that internet line specifications should be identical everywhere. The idea was that standardization, through one overarching SLA, would simplify management and reduce costs. Understandable in itself. IPknowledge could have answered ‘yes’ to this… But was the maximum satisfaction afterwards also achieved?

Satisfaction is about users

In this case, we convinced this CEO that users in different parts of the world have different needs. And that all Internet Service Providers (ISPs) work in their own way. Imposing a certain standard working method on a vendor can therefore increase costs enormously, if at all possible.

For example, a production location or factory has different internet access requirements than a local sales office. The extra deepening we made consisted of the following question: “Where is more bandwidth for less money desired and where is it essential to guarantee a minimum bandwidth with a high degree of certainty?” The simple conclusion of this practical example is that you should always look at the use at different locations. Not everyone needs 5G and every application has its own network performance requirements.

The first step of continuous improvement in this case was an extensive inventory of current and future applications and their use at the different types of sites. Of course, the associated costs were also mapped out. Not simple by the way and a lot of work, but with that we realize satisfied users.

Traditionally, our market is measured on KPIs such as ‘cost per megabit’ and ‘network availability’. These KPIs are often laid down in thick SLAs, but ultimately a regularly recurring process and the systematic implementation of improvements are much more important.

Our approach is to start measuring from the customer’s perspective; ‘end-end monitoring’ provides a much better view of the actual customer experience. Managing the network from a customer perspective means that business-critical applications are always running and users can always access their data securely, regardless of where it is stored. Shall we discuss what you expect in the field of ‘experience?’. Technological changes are happening so fast that it is not always best for both sides to contract all the details of the service for a longer period of time. . Assessing interim experiences may be better…

Finally, a quote from an article that recently caught our eye within our field of Network as a Service:
“85 percent of IT decision makers are familiar with and have knowledge of SASE solutions, but only 35 percent are currently using SASE. However, there is a need for more expertise: 76 percent of IT decision makers want to consult a trusted advisor to inform them about SASE decision-making.” We recently read about this in this article from IT decision-making platform AVANT.

Of course we want to be your trusted advisor in advance! And then we immediately hear in which areas you would like to measure your improvements.